Setsubun originally means to divide the seasons, so there used to be four times a year as the day before “Risshun – first day of spring in lunar calendar“, “Rikka – first day of summer in lunar calendar”, “Risshu – first day of autumn in luna calendar“ and “Rittou – first day of winter in luna calendar”. Since it was believed that the year began in the spring, February 3, the day before the “Risshun” has been especcialy important, and “The Setsubun Tuina Celemony”, which is the event to drive away the bad luck of the year and bring in good luck for the new year has been held all over Japan on that day. Each temple and shrine has its own characteristics, and a variety of Setsubun celebrations are held here and there, including dedication of Kagura (Japanese traditional music and dance) and Kyogen, and bean throwing. “Purge of the rampaging demons by the golden four-eyed masked Daishachiin” event at Yoshida-jinja shrine, the dedication of Kyogen at Mibu-dera temple, the demon dance called “Onihougaku” at Rozanji Temple etc. are famous events in Kyoto. Stalls are set up on the grounds of these temple, and there are crowded with visitors every year. 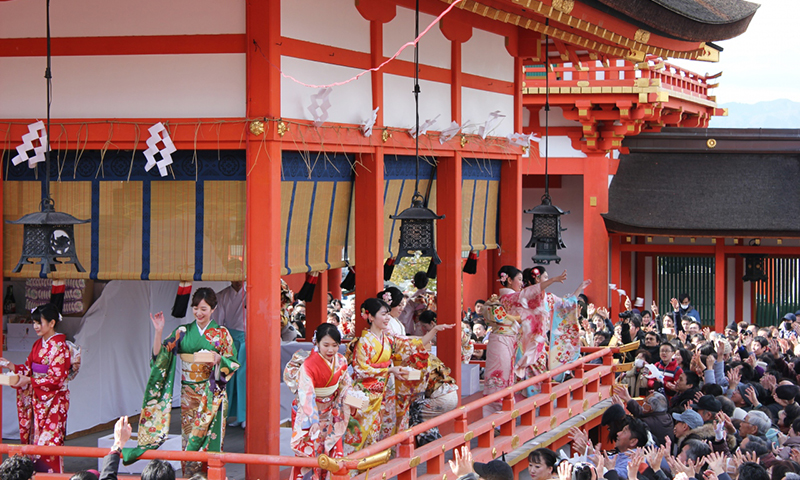