The Jidai Matsuri Festival is one of the three major festivals in Kyoto, in addition to the Aoi Matsuri Festival and the Gion Matsuri Festival, and is an annual festival of Heian Shrine. It is a relatively new festival, which started in 1985 to celebrate the 1100th anniversary of the founding of Heian Shrine and the transfer of the capital to Kyoto. The day the Emperor Kanmu moved the capital to Heian-kyo, old name of Kyoto, in 794 has been designated as Kyoto’s birthday, and is celebrated on October 22. The procession, which starts with the Meiji Restoration and goes back to the Enryaku era when Heian-kyo was built, has a total of about 2,000 people and stretches for about 2 kilometers and 3 hours. It gives you a sense of the historical flow of the ancient capital of Kyoto. The 12,000 pieces of costumes, ritual implements, and furnishings are recreate authentically and meticulously in detail with the traditional skills of Kyoto. The gorgeous procession is a “living picture scroll of the era”. 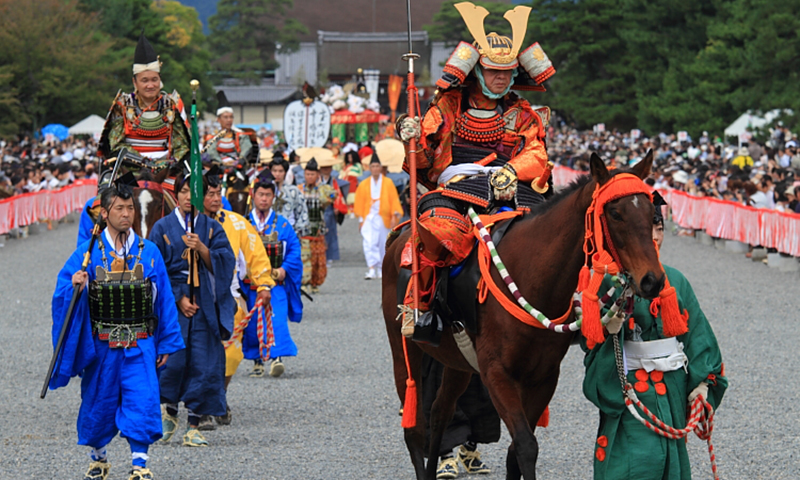 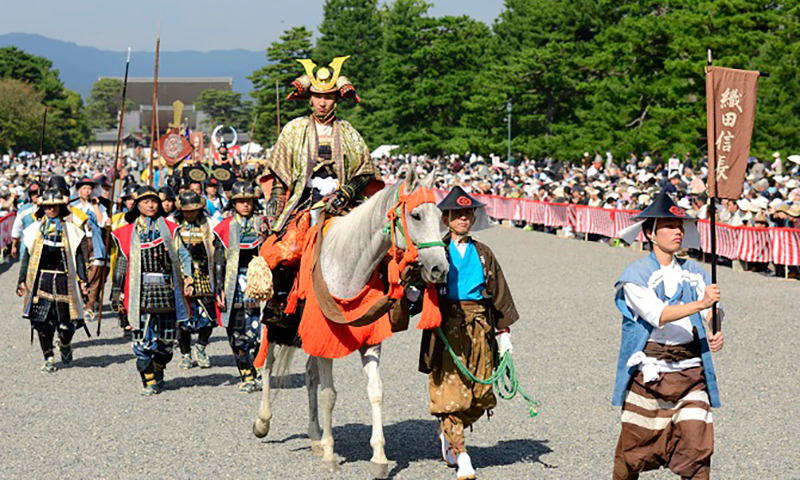 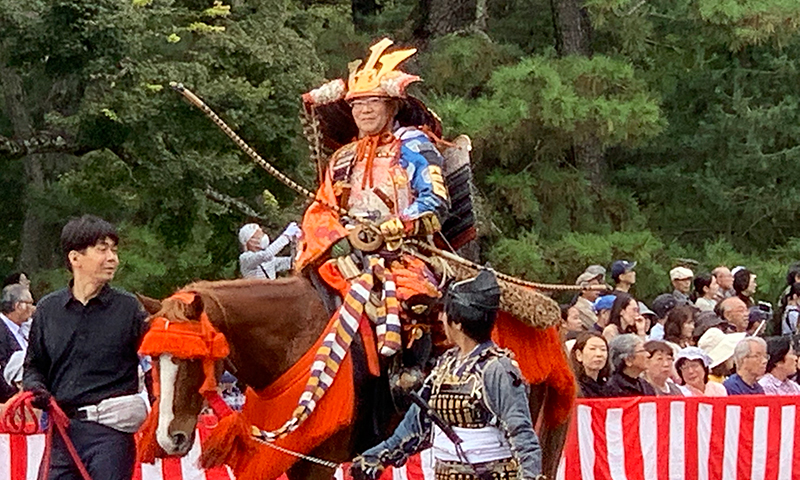